It was the first time for the Shanghai Church team to participate in the History of Redemption Praise Contest. Though a small home church, 21 members participated (a quarter of the entire congregation). In their song titled, “Return,” fourteen singers and seven dancers dressed in traditional Chinese dress and depicted the process of the Ark of the Covenant returning to Israel after 100 years and 4 months of being captured by the Philistines during the battle of Aphek. After the performance, we held interviews in Yeoju with the main singer, the composer, the lead dancer, the music director, and the elder in charge. For the safety of our saints who live in a country where Christianity is illegal, their names and photos have been omitted from the article.

It seems like you prepared a lot for the contest. Please elaborate on your motivation to participate and your preparation process.

I have always wanted to participate in the praise contest every time I came to the summer conference. This year is the 10th anniversary of our church in Shanghai, so I decided to participate with a heart of dedication. Because this is the first time for our church to participate, we wanted to show and describe the history of redemption with some Chinese flare. That is why I infused traditional Chinese music with the teachings of redemptive history. With the help of the Holy Spirit, I have contemplated deeply about the Ark of the Covenant that had been lost during the Battle of Aphek. It may be hard for you to imagine, but writing the lyrics was so strenuous but with God’s great grace, I was able to finish it within two hours. Then, I sought to express, through dance, the sadness of losing the Ark of the Covenant and the process of returning to the house of Obed-edom. None of the participants specialized in music or dance, so we consulted with a professional choreographer and a famous vocal trainer and practiced hard for two months. During the week, everyone went to work and practiced individually at home. We practiced together for two to three hours every Lord’s day, after service and Bible study. Since the church itself is a house church, we could only practice on an actual once we arrived in Yeoju.

You sang about the journey of the Ark of the Covenant coming to the house of Obed-Edom after being lost during the Battle of Aphek. Is there a particular reason for selecting this topic?

The deaconess, who wrote the lyrics, graduated from Berit seminary. When she was contemplating on the lyrics, she remembered that the Ark of the Covenant came to the house of Obed-edom. After reading the notes she took during Berit lectures, she consulted with the pastor and wrote the lyrics. Surprisingly, in 1999, the verse that Rev. Abraham Park gave to the family of the elder who led the establishment of the Shanghai church was 2 Samuel 6:11-12. The new verse he gave in 2009 was 2 Samuel 7:13. With these Words, he received the heart to build the church in Shanghai, just as David built a temple for God. With this word of Obed-edom, the elder’s family received great personal grace, and he came to see that the Ark of the Covenant is actually being realized through God’s grace.

2 Samuel 7:13 He shall build a house for My name, and I will establish the throne of his kingdom forever. 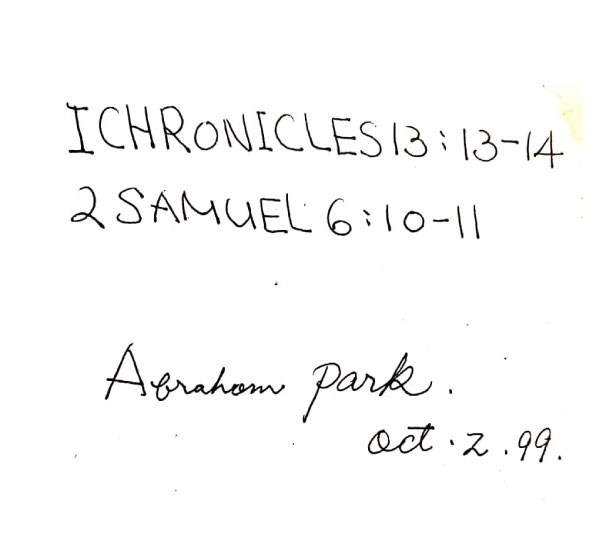 How do you feel about participating in the Yeoju Summer Conference and History of Redemption Praise Contest?

Music director: When I arrived at Yeoju on Monday, before the service at Moriah sanctuary, I was already shedding tears just listening to the praise. I had never felt this way before. Even before the lyrics were displayed, I felt like the lyrics were already entering my ears and connecting to my heart. Only through God’s great blessing could have this performance. I think we performed the best during the first rehearsal in Yeoju, and I think it’s because we prayed a lot. After the rehearsal, we felt that Father was pleased.

Composer & leading choreographer: As I watched the performances of the other teams, I felt that these select members of Pyungkang are very professional. It seems like there are many greatly talented people in the church. We are a team of people without audition. It was hard for us because most of our team did not even know the basics in music. But we welcomed anyone who had a heart to dedicate to God. We also thought that we would mess up since we do not sing well, but we tried to focus on the glory of God. If we have another chance to perform, I hope that all the church members, including our children, could participate. It was only last year that we had no praise team and just sang along to a recording. Through us, we hope that all the other overseas churches will come to participate.

Lead singer: After singing praise, my heart was so moved that I couldn’t sleep. An evangelist said that by offering myself through praise, I am able to offer everything in my heart. I was also very touched by the lyrics of this song, and I think it was by God’s grace and His great will that I was able to sing as the lead singer of the group. My heart was greatly moved after participating in the 2017 Summer Conference, so I got baptized in December of that year. This time I came to Korea with my son, who is ill. I haven’t flown on an airplane ever since my son became ill, because I was worried that he would have a seizure when the plane took off. But thanks to everyone’s prayers, I was able to bring my son to Korea with me. During main worship on Sunday, I could not worship properly because my son kept moving. If the praise is too grand and loud, he has sudden seizures. But after seeing how he almost didn’t have any seizures since the very first day of arriving at Yeoju, I truly felt the great grace of God. Even when my son had to be by himself when I was on stage for the performance, he was listening to the Word intently. Seeing him get better greatly moved my heart.

Elder: Most importantly, I brought them to Yeoju because I wanted our Shanghai church members to feel that they are indeed part of the Pyungkang family. In China, it is extremely difficult to get a visa if you have never travelled out of the country. Out of the 40 members who came to Yeoju, four of them were traveling for the first time. It was two days before the flight and their visas were still not approved, so we had almost given up hope. But we kept praying very hard, and through God’s grace their visas were approved. All four saints immediately bought their tickets and were able to come to Korea. First and foremost, we thank God our Father for His love to bring us here, and we also thank Pyungkang Cheil Church for all of the accommodations they’ve provided for us. I wanted to share with you that the Word of God will always bear fruit, for He will surely fulfill it. I pray that we will all receive the power to work diligently together for God’s redemptive history! 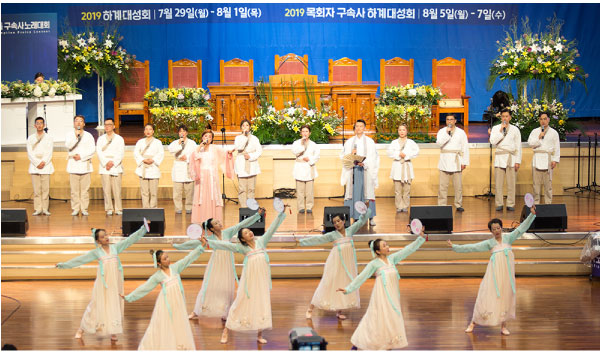 The Ark of God, the blessings of God, His glory, God with us.
The Ark of God, taken away in the second battle of Aphek. Come back to us, Ark of God.
King David reigned in Hebron for seven years and six months.
With all of his heart and all his might, he moved the Ark of God to the city of David.
Ashdod, Gath, Ekron; on a new cart to Beth-shemesh
Ninety-nine years in the house of Abinadab, three months in the blessed house of Obed-edom
It came back! The Ark of God has been restored after one-hundred years and four months! 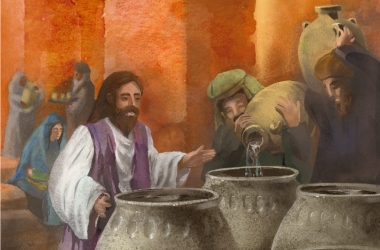