WHERE DOES MAN RETURN?

WHERE DOES MAN RETURN? 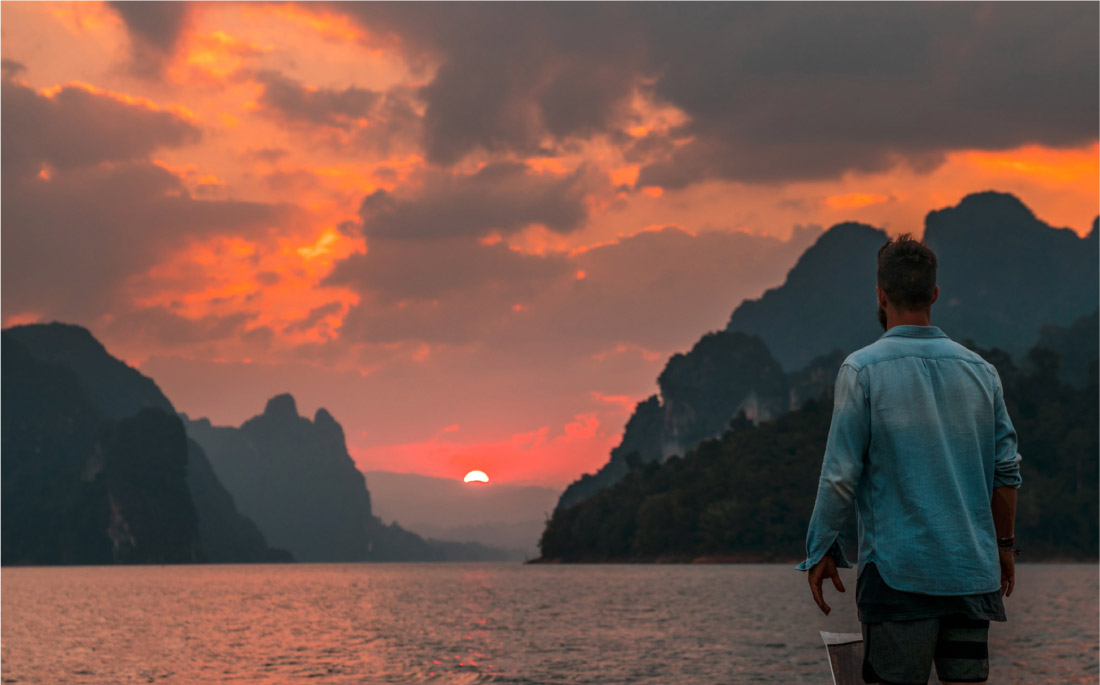 There were the tree of the knowledge of good and evil, the tree of life, and trees of every kind in the garden of Eden. According to Genesis 2:15, God created Adam and Eve, took them to the garden of Eden, and told them to “keep it.” He told them to keep it because evil things could enter it. He also told them, “From any tree of the garden you may eat freely; but from the tree of the knowledge of good and evil you shall not eat.” He said that if they ate from it, they would “surely die.” However, Adam’s wife, Eve, was deceived by the serpent and fell. They would reach the state where life would leave them. In other words, they reached the state of death where their body and soul had to be separated. All who have sinned fall short of the glory of God (Rom 3:23) and the wages of sin is death (Rom 6:23). People with sin are thrown into the lake of fire (Rev 20:14). Hence, as a result of their sin, Adam and Eve were banished from the garden of Eden. The ground was cursed because of man, and the cursed ground yielded thorns and thistles to man. God told the man, “For you are dust, and to dust you shall return” (Gen 3:17-19).

Fire is the last judgment.

God did not tell the man to return to fire. Thus, Christians should never cremate their dead. This is something God does not want (Lev 18; 20:14; Deut 27). God commanded that those who rebel against God or who slander and curse God’s prophets and priests must be burned with fire (Num 11:1-3; 16:25-35). Adulterous man and woman, as well as a man who marries a woman and her mother, must also be burned with fire (Lev 20:14). God also told Moses that if any priests’ daughter profanes herself by harlotry, she should not be forgiven but be burned with fire (Lev 21:1- 9).

According to the Bible, fire is the “last judgment.” Hence, the Bible states that saints must live in righteousness and godliness. A soul that does not believe in Jesus will fall into Sheol, whereas the soul that believes in Jesus will go to Paradise. The elements for the soul in Paradise will not perish but remain alive even after a thousand years so that it can recover oneself from the dead body when the Lord returns.

God is a consuming fire.

Saints are the people who desire the land of promise, a better country.

God called Abraham and, when Abraham finally came to the oak tree in the land of Shechem, promised that He would give the land to his descendants. That land was Canaan. In accordance with God’s providence of salvation, God’s children saw their ancestor’s bones buried in the Promised Land and believed that the land was their country. Canaan, which was later conquered by Abraham’s descendants, foreshadows our home, the heavenly kingdom. In order for the land of Canaan to become the home of Abraham’s descendants, the bones of the three generations of faith (Abraham, Isaac, and Jacob) had to be buried in the land of Shechem. Had Ephron the Hittite known this mystery, he would never have foolishly sold the best piece of the land in Canaan to Abraham. To establish this legitimacy of homeland for his descendants, Abraham left his country, Ur of the Chaldeans, listened to God’s Word under the oak in the land of Shechem, and purchased the land with a 100 pieces of silver. Who could have known that this land—where Abraham, Isaac, and Jacob, the three generations of faith, were buried—would later become the home country for all descendants of faith? They all died in faith, without receiving the promises, but they still desired a better country, that is, a heavenly one (Heb 11:13-16). Joseph also left his final will that, after his death, his descendants should carry up his bones to the land of Canaan which God had sworn to Abraham, to Isaac, and to Jacob, the forefathers of faith. Indeed, Moses escaped from Egypt with Joseph’s bones and they were finally buried in Shechem (Exod 13:19). In order for the land to become a memorial and an eternal home country, Abraham—who had directly received God’s grace, love, blessings, and covenant—could never leave the land.

“Shechem” is the land of promise. The name has the most significant meaning. Why did Jacob, upon returning from Paddan-aram, travel all the way to Shechem and camp there? It was because he knew God’s providence and mystery hidden in the land of Shechem. Unless we understand God’s mystery, we will not be able to enter heaven just by saying “Lord, Lord.” We must accurately understand the providence of the Word and act according to the will of our heavenly Father in order to receive His recognition.

In the beginning, God created the universe with the Word. “In the beginning was the Word, and the Word was with God, and the Word was God!” The Word is the light and life, and the Word is eternal. When our hearts receive the Word in faith, without any doubt, the Word will not remain still like a dead body. It will begin to move within us. The living and active Word will cry out. That is why all live to God (Luke 20:37-38). Jesus will make us into living beings and give us the fruit from the tree of life, so that we will be transfigured and taken to heaven without seeing death, like Enoch and Elijah. When we consider this promise, it may sound to us like a fable, but according to the Scriptures, it is an absolute fact (John 11:25-26). The power of life thrived wherever Jesus went. The daughter of a synagogue official named Jairus, the only son of a widow in the city of Nain, and beloved Lazarus—all died but came back to life. A single prayer by Paul the apostle to the Gentiles, as well as Peter, also brought the dead back to life.

Fallen mankind has a name that they are alive, but they are actually dead.

The saints who have received the Holy Spirit can live forever. But the dead spirits that do not believe in Jesus will be buried in Sheol. “Sheol” is a Hebrew word, which means “Hades” (Jonah 2:2). It refers to the “dwelling place of the dead” or “dwelling place of the devil.” In the New Testament, it is rendered as the bottomless pit, hell, and Hades (Luke 8:31; Rev 9:1-2). God of the Old Testament is the God of the dead, the God of the ancestors (Exod 3:6; 4:5; Rom 3; 4; 5;12; 6:23; Jas 1:15). Generally speaking, “death” refers to a physical death. However, the Bible states that even the alive and moving human beings are dead. They may have a name that they are alive, but they are actually dead (Matt 8:22; Rev 3:1).

There are other kinds of dead people. They are those who do not seek God’s interest; they only seek their own interest and pursue the pleasures of this world. They only go after the bad things of this world, never repay the money they borrowed, and deceive others with all kinds of lies and deceits. Such people may be perfectly alive but are actually dead in God’s sight (Luke 8:14; 1 Tim 5:6). The Bible does not consider human beings as the living. Adam was well alive and moving long after he sinned. However, once an evil spirit, instead of God’s Spirit, possesses a man, the person will serve a different lord and belong to a different place. Such person is dead and he no longer belongs to heaven but to earth. Hence, Colossians 3:1 states, “Keep seeking the things above” (Heb 11:1).

Death, along with Hades, will be thrown into the lake of fire. Since God will throw even death and Hades into fire and brimstone, going to Hades is not the end. There is a second death when even death and Hades will be thrown into the lake of fire (Rev 20:14). There will no longer be any chance to live. Considering this, I ask in the name of the Lord that, no matter how difficult a circumstance may be when our parents or siblings pass away, we will purchase a land to bury our loved ones honorably. The thief on the right was a robber and a murderer, but he is defending Jesus even to this day. He defended Jesus by rebuking the thief on the left when he spoke against Jesus, and he entrusted his spirit to Him. Consequently, Jesus rewarded him with “today.” This “today” is not a physical day confined by time and space; it is an eternal today. According to David’s prophecy, there will be someone in the last days who will speak about “today.” When he speaks, we must not harden our hearts but obey his words (Heb 3-4). Deuteronomy 18:15-18 states that the Lord God will raise up a prophet like Moses in the last days, and we must not doubt but give heed to everything He says (Acts 3:22).

Our spirit will not be buried in the ground but dwell in Paradise. How unfair will it be if our spirit does not go to Paradise but to Hades, the hell of darkness, even after living as so-called Christians all our lives? Hence, we must deeply engrave our hearts with the Word of the Bible and teach them well to our descendants. God said, “For you are dust, and to dust you shall return.” Accordingly, the saints whose bodies are temporarily kept in the ground and peacefully asleep in the Lord can dream of the day when they will resurrect at the shout of the archangel and the heavenly host on the day of the Lord’s return. How blissful is this (1 Thess 4:13-16)! So I pray in the name of the Lord that we will all become the living beings to receive the eternal inheritance in the world of transfiguration, where there shall be no more spiritual or physical sins, nor death, nor temptations, nor evil thoughts. 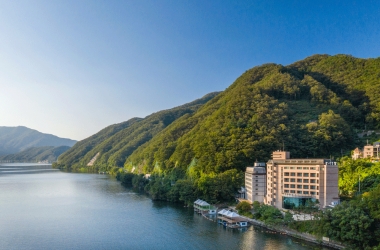 Overflowing River Of Life 2020.02.26by [Story] Only the Godly saint can build a house for this nation Next 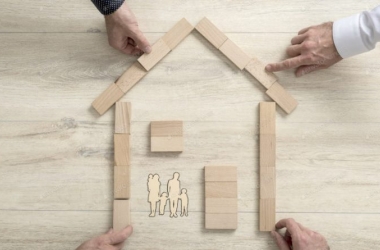