[News] We Can Feel the Love of God in This Church

“We Can Feel the Love of God in This Church.” 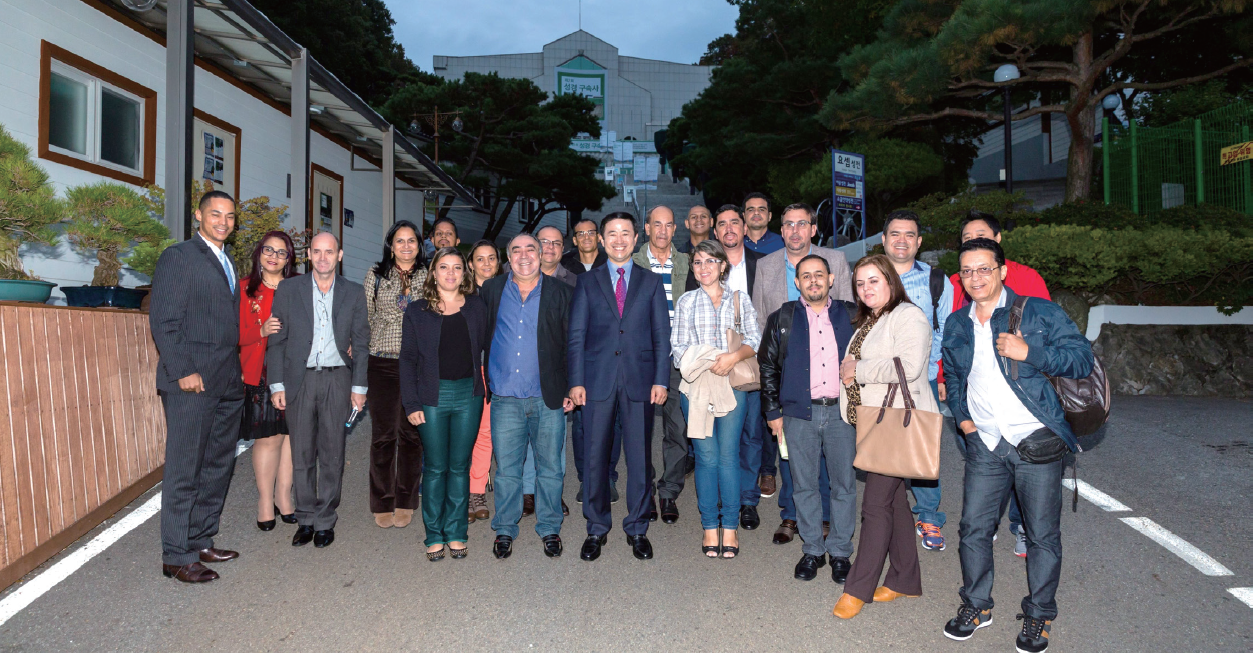 On Thursday, October 27, 2016, the 2nd Biblical History of Redemption Seminar took place in Moriah Sanctuary of Pyungkang Cheil Church. A group of twenty pastors visiting from Brazil could be seen taking notes in their Portuguese-translated copies of the lecture material. Brazil Foursquare Church, the affiliate denomination that these pastors belong to, is a rapidly-growing evangelical body in Brazil. Its main parent denomination, the International Church of the Foursquare Gospel, started in the United States in 1920, and now currently includes over eight million followers, with three million of those being in Brazil. Each pastor in this group is in charge of a different region in Brazil, directing and overseeing churches that vary in size anywhere from five hundred to five thousand attendees. The original goal of this second History of Redemption seminar was to reach out to two thousand people, but through these pastors, it is now estimated that the Word of redemptive history will be able to reach over three million. Their visit was truly the fulfillment of the promise that “the nations will come running and dancing.” The pastors asked if they were the first Brazilians to visit Pyungkang Cheil Church, and it was truly a precious sight to see the joy that lit up their faces when affirming that this was the case. Until we meet again, these Brazilian pastors will continue to do the work and deliver the message of redemptive history. 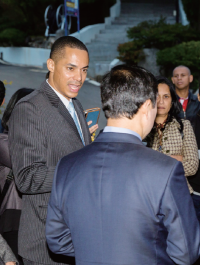 An Email from Brazil, A Translator from Hawai’i
In the beginning of October, Pyungkang Cheil Church received an email from Brazil. It was from a group of Brazilian church workers who were planning on visiting a few large churches while they were in Korea, including our church. Coincidentally, the date that they wished to visit, Thursday, October 27, 2016, also happened to be the very day of the 2nd Biblical History of Redemption seminar. Missionary Joanna Bae announced the news of their upcoming visit during Shiloh worship service. Upon hearing this news, Shiloh member Eric Maia, who was participating in the worship service from Hawai’i through the live internet broadcast, suddenly had the thought that his help might be needed. Although Eric is an American-born armed forces service member, his parents are Brazilian and he knows how to speak Portuguese, the national language of Brazil. His wife agreed without hesitation, and even though it was last minute, his base also granted him permission to leave. Upon landing in Seoul, Eric translated the redemption history teaching material into Portuguese, and was able to print and have the material ready in time by the deadline. Not only did he do a thorough and masterful job in translating the deep meaning of the Word into Portuguese, but he also became the eyes and ears of the group of visiting pastors from Brazil, from the very moment they arrived to the very moment that they left. Ten minutes after the Brazilian pastors’ bus left the church grounds, he jumped into a car and headed to Incheon International Airport to catch his own plane back home to Hawai’i. He is without a doubt an invaluable member of our community.

How Did They Come All the Way to Pyungkang Cheil Church in Seoul?
The group of twenty visiting pastors from Brazil could not speak English at all; they admitted as much that they had used Google Translate to compose the original email that they had initially sent to the church. Pastor Park Yeong-jin, who assisted the group with Korean translation and guidance, was asked on their behalf how they had ended up visiting the church, to which he replied: “The Korean church is world-renowned. We came because we wanted to witness the heart and epicenter of the revival of the gospel with our own eyes. The religious majority of Brazil may be Catholic, but the Protestant church is in the midst of a passionate revival, and we came to learn about the development of the Korean church. We found out about Pyungkang Cheil Church when we did a web search about churches in Korea. We have been planning this trip for the past three years.”

On October 26, 2016, the day before the start of the Redemption History seminar, the pastors visited the Pyungkang Biblical Archeology Museum (Abraham Park & Kenneth Vine Collection), where a special exhibition featuring artifacts of the Covenant of the Torch (the theme of this seminar series) is currently on display. Since the original translator was unfamiliar with the concept of the Torch Covenant, translation duties naturally fell on Eric Maia. From that point on, Eric’s role was no longer just to translate and communicate, but also to teach and instruct the message of redemptive history. It was not an uncommon sight to see the group listening attentively to Eric’s words as they moved from place to place. This is exactly what Rev. Abraham Park, the late senior pastor and author of the History of Redemption series, had envisioned as he geared his teachings towards and started sharing his teachings with the everyday believer in mind.

“So many peoples and mighty nations will come to seek the Lord of hosts in Jerusalem and to entreat the favor of the Lord.’ Thus says the Lord of hosts, ‘In those days ten men from all the nations will grasp the garment of a Jew, saying, “Let us go with you, for we have heard that God is with you.” 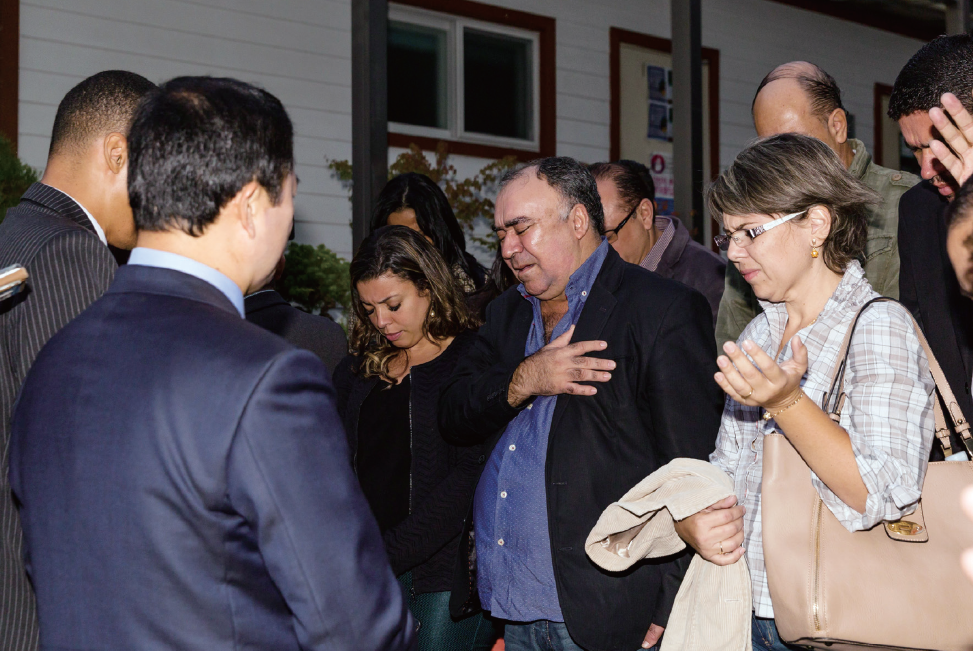 Deep Conviction Through Worship and the Message
Missionary Joanna Bae, who guided and assisted the pastors all throughout their visit, shares: “These pastors were very interested in the way large churches operated and managed their regional church branches. They were able to observe that that is the key driving force behind church growth and development. We wanted to show them that the greatest strength of church development is the Word. Right now, the Brazilian Protestant church is much like the Korean Christian church of the 1980s, where revival was driven by the spiritual gifts of speaking in tongues and healing miracles. That might explain the pastors’ enthusiastic and passionate response to the teachings, after gaining a deeper insight into the Bible through the seminar. They had visited various other large Korean churches before visiting ours, but they were blessed and had gotten a deep conviction through our worship service and sermon message. They realized that spiritual revival based on divine healing and spiritual gifting can quickly grow cold and fade away, but God’s Word is constant and everlasting. They also mentioned that they intend to visit again for next year’s Summer Conference and our Global Conference for Preachers of Redemptive History. Although Brazil’s 2017 seminar plans have already been finalized, the pastors have promised that they plan on launching their own History of Redemption seminar in 2018.

Also, one thing that these pastors have constantly mentioned is the immense love that they have felt at our church. It wasn’t our love, but the love of God that they felt, and that was a source of great conviction. Through this experience, I came to realize that we have spiritual brothers and sisters in faith over in Brazil as well. This was a meeting between the brothers and sisters in Christ of Korea and Brazil, in the love of God. Simply put, it was a God-ordained encounter, and He prepared Everything.”

Upon conclusion of the seminar, a short interview with the pastors was planned which stretched to over an hour’s worth of personal testimonies. Rather than mere words, hugs and farewells seemed more fitting given the circumstances, but even the amount of appreciation given in the length of time of the interview was not going to be enough to express their sincere gratitude. As they vowed that we would meet again, they were asked how to say “see you again” in Portuguese, to which they replied, “At? logo.” By the power of Christ’s sacrifice and redemption, we promise to meet again soon. To our fellow brothers and sisters in Brazil: “At? logo!” 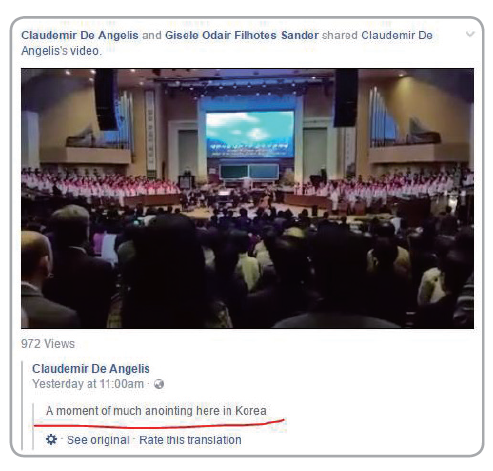 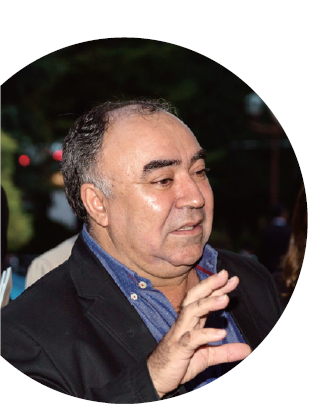 Pastor Antonio Carlos de Morais
(Brasil Foursquare Church Educational Director)
Through Rev. Abraham Park, I realized that God’s Word for us, though it may seem simple at first, is so deep and full of insight, and the fact that this church was founded and built upon God’s Word left a lasting impression on me. I was definitely able to experience God’s love through the Word and through each and every person at this church. I realized that I need to pray more and pay closer attention to and be more meticulous in giving my sermons upon my return to Brazil. The points talked about in Head Pastor Philip Lee’s lecture will strengthen not only the faith of spiritual leaders like us, but that of new believers as well. 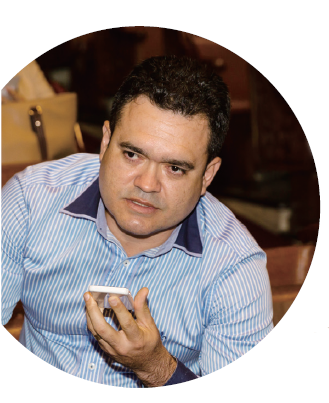 Pastor Kelio Souza Rocha
The topic of today’s sermon was the very message of Christ: “the truth will set you free.” Being given detailed, broken-down explanations of even the most minute and obscure parts of the Word left a deep impression on me. It was a good message to listen to, to understand, and to share with others. I give all the glory and thanks to our God, who brought us to this place. 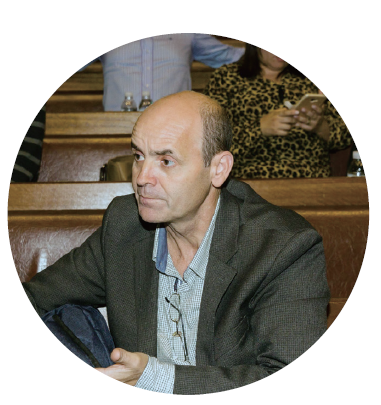 Pastor Marcos Soares Ferreira
I now realize how important teaching the Word to our children is for the sake of our own salvation. I vow to pass this truth of the Word on to my descendants. Although Rev. Abraham Park is now in heaven, I clearly realized that his teachings are still being taught and passed down in this church.” 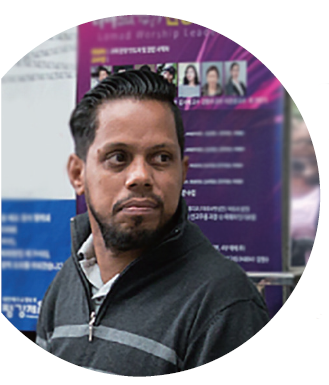 Pastor Olegario Virgoline Pinto
From the very moment we arrived, everyone in our group was shocked at how welcoming your church body was to us with your genuine love. I truly felt the love of God through the sincerity and enthusiasm that is at the heart of this church, and I bear full witness to the amazing love and passion for God’s Word that everybody has here. Jesus said, “Man shall not live by bread alone,” and today I truly experienced the joy of delighting in His Word.