Singapore is a little bigger than Seoul, but it’s a central hub of Asia. Malay, English and Chinese languages are common and the world's major financial companies are concentrated here, giving an impression that entire world exists in this compact space. Just as many companies have used Singapore as a bridgehead to move into Southeast Asia and South Asia, a History of Redemption seminar in Singapore was attended by more than 50 pastors and students from Southeast Asia and South Asia. The seminar was held on April 27-29, 2017 for 2 nights and 3 days at the New Covenant Church in Singapore with a lecture by Rev. Hong Bong-joon interpreted by Missionary Joanna Pae. 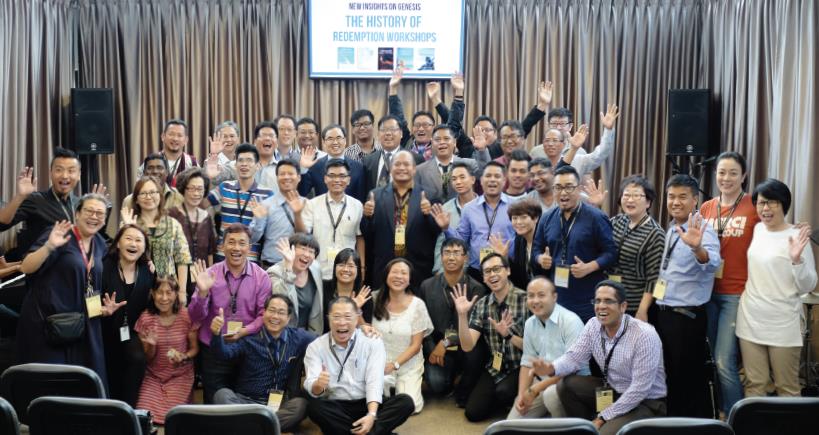 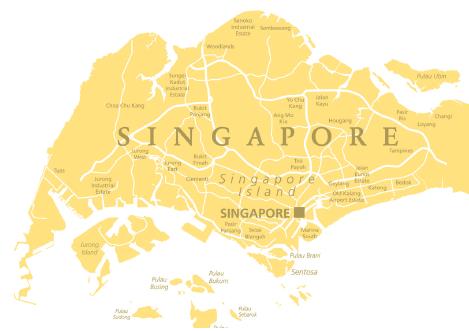 The “Headhunters” from Malaysia and India
Before modernization, there weretribesknowns as “headhunters” in India and Malaysia. When tribal wars broke out, the headhunters captured enemies, cut off and exhibited their heads, and took out and ate their livers, which they believed were source of energy. When Christian missionaries later brought the gospel into their territories, however, these headhunters tribes were zealously receptive to the gospel. Today, these tribes have formed the most Christian populated regions in their non-Christian nations. What is surprising is that this History of Redemption seminar had—not just one—but two attendees who were direct descendants from the headhunters tribes that were the first to accept Jesus Christ in their regions (Sarawak of Malaysia and Nagaland of India). This truly reminds us how much God is pleased with first fruits and remembers them. 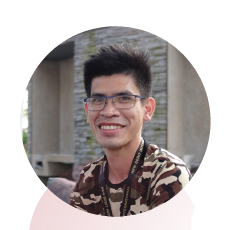 "What struck me the most is that God, who remembers the years and ages of the patriarchs in the Bible, is the God we believe in today. I encourage both pastors and seminarians in eastern Malaysia to read the History of Redemption series to understand the Bible."
Michael Roseline (Borneo Evangelical Church, Kuala Lumpur, Malaysia) 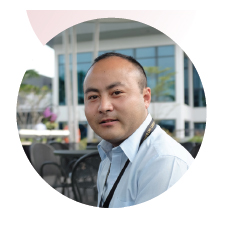 "I was amazed by the Word on the genealogies in Genesis. The material I have been getting here will be full provision for the Bible studies at our church in Nagaland that are eager to listen to the Word of God."
Senior Pastor Nungsang Imsong (Kohima New Covenant Church, Nagaland, India)

Transformation Crusade to Fight against Satan Worship
Located in northeast India, Nagaland is one of only three Christian regions in India, where 78% of the population are Hindus. With the recent spread of the internet, however, Nagaland has become the home of the occult worshipping Satan among youth. Many young people, mainly through music or games, are subject to worshiping Satan and harming themselves to offer blood to Satan.
“Transformation Crusade" is engaged in fierce spiritual warfare using praise ministry against the worship of Satanism widespread throughout Nagaland. James Basnet and his band, who have won several international awards in the Indian religious music category and have been nominated for a Grammy nomination, are continuing their praise ministry in the country. When they open the spiritual door through praise and witness the gospel, many young people tear and repent. For this reason, Satan worshipers even chase them down with guns and threaten their lives. Pastor James Basnet and his band attended the seminar to obtain the sword of the Word that could win the fierce spiritual battle. 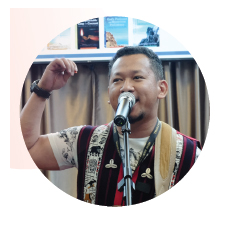 "I have been so thrilled and learned a lot for the last three days here. I believe we will continue whatever we learned, we will not just put in the books and keep it. I know through us, thousands of people will be blessed, and I thank God for the church in Korea for sending amazing people to empower us. Thank you so much! We are really blessed!”
James Basnet 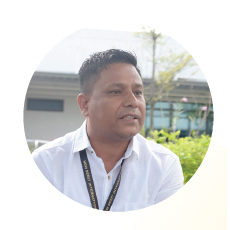 Long ago Pastor Lawrence heard from a famous pastor in Bhutan of a highly respected pastor who has prayed in the mountains for three years and six months in Korea. He wished to meet him ever since. Then he happened to attend the History of Redemption seminar in Singapore and was shocked to found that Pastor Abraham was him!
“This seminar is a great blessing for me. Although I teach at many Bible schools, I’ve never seen Genesis and the Word of God in such way that I am receiving in this seminar. I am really inspired from Pastor Abraham’s life and teachings. I will take this revelation to my place where people are thirsty to learn the Word of God, for which Pastor Abraham had really dedicated his life.”
Pastor Lawrence Basnet(James Basnet’s Uncle, Victory Christian Church)

Pastors from the “Land of Rubies”
Rev. Abraham Park has often mentioned that we must find rubies in the Word ministry. The ruby, with its intense red color reminiscent of fire and blood, symbolizes the tribe of Judah in the Bible. Amazingly, Myanmar produces more than 80 percent of the world’s rubies. The pastors attending this seminar all the way from Myanmar “the land of rubies” were truly precious treasures. 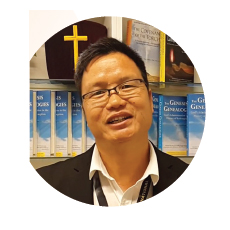 In Myanmar where English is not easy to learn, Pastor Jeremy taught himself English for two years because he had received a revelation during a prayer that “the deep Word of God will be proclaimed in English.” He was quite happy to attend this seminar as a fluent English speaker and delve into the History of Redemption to all his heart’s desire. He has an orphanage church called Agape Children Home. They have 32 children and Pastor Jeremy adopted 10 of them as his children. He worships with them every day at 6 am dawn service and try to raise godly offspring.
“The truth is that many times we didn’t give much care on the redemptive history. Through this seminar, I’ve found the truth and I really admire the teaching.”
Pastor Jeremy Leme (Agape Children Home & Senior Pastor of Myanmar Church of Christ, Mandalay, Myanmar)

The Word that Traverses from Continent to Continent
Amazingly, the History of Redemption seminar in Myanmar all began by one young pastor who once met Rev. Abraham Park in Orlando, Florida. 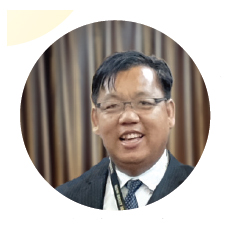 Rev. Do Sian Pau single-handedly spearheaded the organization of a Redemptive History seminar in Myanmar in 2013. As a young boy, he went to Singapore with only $50 and his dream of becoming a pastor. While there, he met Kirin, who is now an elder at Covenant Church in Singapore. They became good friends. They both taught at Sunday school and grew in faith together. Rev. Do Sian was later ordained a minister and went to the US and ministered in Florida, during which he began to study the genealogies in the Bible. However, he hit a wall each time and was desperate. Then one day, he received a call from his best friend Kirin to visit and meet with Rev. Abraham Park at Green Hill Church in Orlando. When he went to the church, he was shocked to find out that they were having a seminar on the biblical genealogies. The seminar instantly removed all his despair from his research on genealogies, and ever since, he was resolved to bring the Word of redemptive history to his homeland Myanmar. With his determination to translate the History of Redemption series, he delivered the Word of redemptive history to Myanmar. Today, his church in Florida teaches redemptive history only. When he heard of the seminar from Elder Kirin, he came to Singapore and gathered all his family members in the praise ministry, the pastors, and seminary students that he knew in Myanmar. 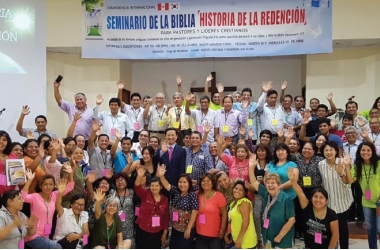 [Seminar] First Seminar in South America Field Report on Peru... 2017.07.25by [Seminar] The Proclamation of the Word of Redemptive History ... Next 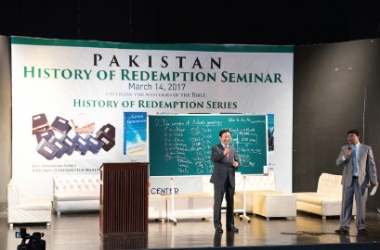